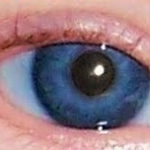 Wayne (Scott) Ray was born in Alabama  and spent most of his first fifteen years on Ernest Harmon Air Force Base in Stephenville, Newfoundland until moving to Woodstock, Ontario in 1965. Wayne is the founder of HMS Press publishing, co‑founder of the Canadian Poetry Association (CPA) (1985‑88 Toronto & 1992‑1995 London). He was the recipient of the Editors Prize for 'Best Poet Published in 1989' from Canadian Author and Bookman. He helped establish the London Arts Council and was the President of the New London Arts Festival in 1999. Wayne has eighteen books and chapbooks of poetry, fiction and non‑fiction published as well as credits in; anthologies, periodicals, journals and newspapers across Canada between 1983 and 2015

Retrieved from "https://londonontario.fandom.com/wiki/User:WayneRay?oldid=1890"
Community content is available under CC-BY-SA unless otherwise noted.